Political Imagery in the Fight for Enfranchising Women in Britain 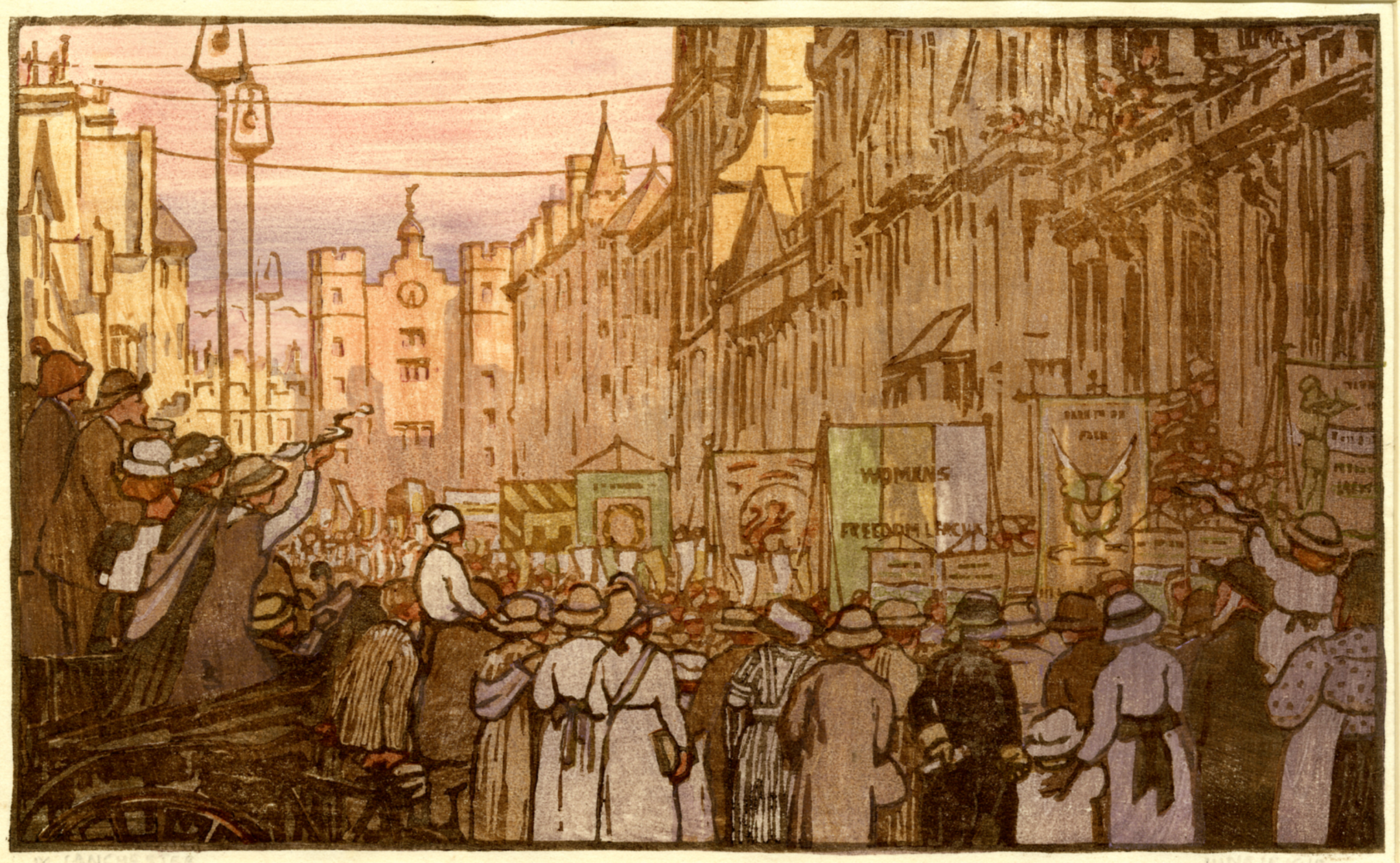 The 19th and 20th century Women’s Suffrage Movement in Britain involved marshalling legal resources and civil disobedience; however, vital to the success of the movement was the artwork that galvanized the movement. Political cartoons, propaganda posters, and protest banners constituted political action and fought stigmatizing societal attitudes, thus serving as a conduit for change to break the barriers that denied women the vote.